“Consumers this spring have no choice but to be nimble as they find fewer homes on the market and increased competition for those homes,” said Illinois REALTORS® President Doug Carpenter, ABR, AHWD, GRI, SFR of Mokena, managing broker of Coldwell Banker Honig-Bell in Orland Hills. “Many of the REALTORS® I talk to are reporting an increase in multiple offer situations, which means buyers can’t dawdle when they find what they want and they may want to make sure any offer they bring is an aggressive one.”

The monthly average commitment rate for a 30-year, fixed-rate mortgage was 4.20 percent in March 2017, an increase from 4.17 percent the previous month, according to the Federal Home Loan Mortgage Corp. In March 2016 it averaged 3.70 percent.

“In inflation adjusted terms, both the Illinois and Chicago housing markets have recovered to their pre-recession levels,” said Geoffrey J.D. Hewings, director of the Regional Economics Applications Laboratory (REAL) at the University of Illinois. “The consumer indices still reflect a positive outlook on the economy although the Home Purchase Sentiment Index declined, reflecting some elevated concerns about job security.”

“Home sales were stronger than usual throughout historically slower months, and now, with the spring market in full swing, the numbers are proving to be more robust than anticipated,” said Matt Silver, president of the Chicago Association of REALTORS® and partner at Urban Real Estate. “As the economy improves, demand continues to grow, and while inventory shortages will possibly play a larger role, for now, we are seeing strong and favorable selling conditions, and those who are looking to buy a home should be prepared to move quickly and decisively.”

Sales and price information are generated by Multiple Listing Service closed sales reported by 28 participating Illinois REALTOR® local boards and associations including Midwest Real Estate Data LLC data as of April 7, 2017 for the period March 1 through March 31, 2017. The Chicago PMSA, as defined by the U.S. Census Bureau, includes the counties of Cook, DeKalb, DuPage, Grundy, Kane, Kendall, Lake, McHenry and Will.

Illinois REALTORS® is a voluntary trade association whose more than 44,000 members are engaged in all facets of the real estate industry. In addition to serving the professional needs of its members, Illinois REALTORS® works to protect the rights of private property owners in the state by recommending and promoting legislation to safeguard and advance the interest of real property ownership. 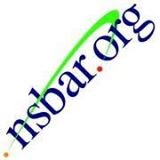