SPRINGFIELD, IL – August 21, 2009 – (RealEstateRama) — July registered another month of positive signs in the Illinois housing market with home sales about even with July 2008 totals as well as six consecutive month-to-month sales increases for both the state as a whole and the Chicagoland PMSA. According to the Illinois Association of REALTORS® latest report, statewide total home sales (which include single-family and condominiums) in July 2009 reached 11,407 homes sold, off a slight 0.1 percent from July 2008 sales of 11,417; sales were up 4.2 percent from 10,944 homes sold the previous month of June 2009.

“It’s significant that we are seeing break-even or better sales levels compared to last year at this time on top of the month-to-month increases since January. The last time we saw positive year-to-year sales was March 2006 for total home sales as well as single-family sales; in fact, single-family sales posted a 4.0 percent increase this month over July 2008 statewide and an 8.7 percent increase in the Chicagoland nine-county region,” said REALTOR® Pat Callan, president of the Illinois Association of REALTORS®. “This remains a market seeking stability. Those seeking to buy in 2009 and take advantage of the low mortgage interest rates and lower prices are seeing good opportunities in this market. We are near the 100-day mark before the first-time homebuyer tax credit expires Dec. 1.”

“There appears to be increasing evidence that the housing market is segmenting—by price and location—generating significant heterogeneity in performance. Thus, the housing market is not only varying in performance across metropolitan areas but there is almost more variation within each of the metropolitan areas,” said Dr. Geoffrey J.D. Hewings, director of the Regional Economics Applications Laboratory (REAL) of the University of Illinois. “It appears that there are more problems at the high and low ends of the market but there is evidence that distressed sales—through foreclosure and short sales—decreased in May and June to the 31 to 33 percent range of total sales from a high close to 50 percent during the first part of the year.”

Adds Hewings: “Once again, while sales have exhibited a rebound, there has been no rebound in prices—a phenomenon observed nationally and not just confined to Illinois and Chicago.”

The monthly average commitment rate for a 30-year, fixed-rate mortgage for the North Central region was 5.52 percent in July 2009, up 0.05 from the 5.47 average rate during the previous month, according to the Federal Home Loan Mortgage Corporation. Last year in July it averaged 6.74 percent. Illinois’ official unemployment rate in July reached 10.4 percent.

“Chicago continues to show a leveling of the marketplace as we see distressed properties being absorbed. With that said, we are a long way from seeing a stable real estate market in Chicago, and we face challenges surrounding lending that do not take into account real local market conditions,” said David Hanna, president of the Chicago Association of REALTORS®. “Policy changes are still needed before Chicago can have a healthy real estate market, and a full economic recovery.”

Sales and price information is generated from a survey of Multiple Listing Service sales reported by 37 participating Illinois REALTOR® local boards and associations. The Chicago PMSA, as defined by the U.S. Census Bureau, includes the counties of Cook, DeKalb, DuPage, Grundy, Kane, Kendall, Lake, McHenry and Will.

The Illinois Association of REALTORS® is a voluntary trade association whose 50,000 members are engaged in all facets of the real estate industry. In addition to serving the professional needs of its members, the Illinois Association of REALTORS® works to protect the rights of private property owners in the state by recommending and promoting legislation that safeguards and advances the interest of real property ownership. 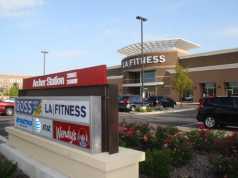