Westmont, IL – February 28, 2012 – (RealEstateRama) — Realty Executive Great Lakes Region hosted their annual Appreciation & Awards Event. This year the event was held at the Katherine Legge Memorial Lodge on February 9, 2012. The Lodge is centrally located in Hinsdale, IL for all regional Executives from Illinois, Indiana and Michigan to attend. The evening started with networking and regional sponsors helped welcome all the nights’ award winners. On hand that evening was HWA (Home Warranty of America), Illinois Association of REALTORS®, Realty Executives Property Management Advantage, Law Offices of David Schopp and The Listing Widget. Everyone enjoyed some delicious hors d’oeuvres and cocktails from La Belle Gourmet Catering.

Rich Rector, Realty Executives International, President and CEO was an award presenter and provided some company and industry news. “We are honored to have Rich on hand to not only aid in the award ceremony, but to coalesce with the Executives/agents attending. There aren’t many real estate companies that can say their CEO is here to listen to the agents thoughts and be their facebook friend”, states Bruce A. Vinnick, Regional Developer Realty Executives Great Lakes Region.

The Realty Executives Great Lakes Region Executive Council joined the nights awards by presenting a $6,000.00 donation to Anne Berkoff and Adam Shukwit with Make-A-Wish Foundation Illinois Chapter. The money was raised from the Boo~wling For Wishes annual fundraising event.

“On with the show”, was the theme for the night. The over 100 attendees applauded their peers as the steady flow of award winners appeared on stage. The individual Executive award categories are based on total closed transaction dollar volume. The pinnacle award titled as the Platinum Award is given to those Executives/Teams with a total closed transaction dollar volume of over 10 million dollars. The Platinum Award Winners are Chris Fischer, The Wallace Team, The Energized Team, Christine Wilczek, and Jeff Mrozek.

Six Executives also had the honor of winning Top Solo Awards, in which they placed 1st, 2nd, and 3rd among all other Executives within the following categories, number of listings taken, dollar volume of listings taken, number of closed transactions, dollar volume of closed transactions and total commission dollars earned. Our Top Solo Award Winner, placing 1st in all five categories was Christine Wilczek.

The most anticipated award of the evening was the 2011 Office of the Year. Realty Executives Elite, Lemont IL was nominated by their peers and given a standing ovation as John Budz, Broker Owner accepted this prestigious award.

It was a great evening had by all and to view the event photographs, please be sure to check out the Realty Executives GLR facebook page- https://www.facebook.com/RealtyExecutivesGLR 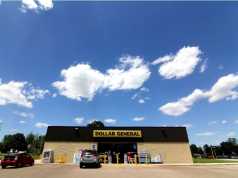